“Some people thought that Christianity would work out. Others thought that Islam might work out. Some thought it was Buddhism that is going to help us and some thought it is some other religion will help us, like Jainism or Zen. Now, if you really see all these human endeavors from a detached mind you will find that there is something missing in them. There are psychologists who said that it is the sex energy which is important and we should not be conditioned. So they used their Ego to express themselves without any conditioning. And the others who believed that it is the will power that is important and you must develop your will power.But one should know that truth cannot be two. It has to be absolute. And the point at which we are today, we are absolutely diversified. So, we developed a new, another system by which we say we should be tolerant of everyone. “We must tolerate everything; there should be coexistence of everyone”. But it is a very vicarious imbalance. Any day it may blow off. Every moment there’s a danger that the whole thing might blow off; this tolerance might just topple down from this side to that side.

India is the greatest democracy – I have seen the democracy part of it. I have seen all the democracies of the world because I had a chance to visit most of them. I have seen all – most of the totalitarian governments, also the communist regimes all over the world. And I feel all of them have missed the point. In none of these organizations, people are happy. We can see clearly that there is a kind of a dearth everyone feels. If somebody thinks that fire is too much to burn the body you jump in the frying pan – it’s just the same. So this so-called tolerance also has no basis. On the contrary, in this tolerance we might even tolerate horrible people who are demonic. So the modern times, as we see, are full of confusion. No one knows who is right, who is wrong. It is all a relative world we live in. Everyone thinks that they are the best, and at the most they can tolerate each other. If it is Truth, it is not to be tolerated; it is to be enjoyed.[…]

We cannot establish any religion out of fear. Religion is within ourselves. It is to be awakened; it is the sustenance within us. If it is awakened we do not do anything that is wrong. In darkness if we are – we may bang at each other; we may do anything. But in the Light we know relatively how we stand to each other and there is no need to have toleration. Only the blind have to talk of toleration because they have to save themselves and save others, because they are blind.”

Their thoughts day and night are always set on Buddha. May 30, 2011 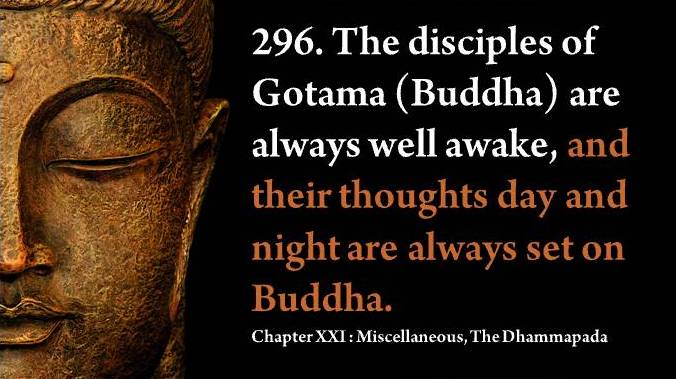 There is no sort of any organization about it. We only have Trusts. And we don’t want to have any electioneering or all that. Again, if some wrong type of people get in, then Sahaja Yoga will be ousted completely. So you can only have Trusts. And if you want to do something else, you can form it separately, but it should not be ‘Vishwa Nirmala Dharma’ or ‘Sahaja Yoga’ – nothing doing! Because I said ‘Yes’ – that doesn’t mean that you should go that far with forming ‘this’, ‘that’, association and all that. It is news to Me!

All organizations cut the growth. In the beginning it may look that by organizing it, it has increased. Even religions like Christianity, Islam, Buddhism, Hinduism, etc., when organized and grow artificially are empty and hollow. We really want substantial people, substantial dharma – innate within ourselves. We don’t have to take to these artificial things.” 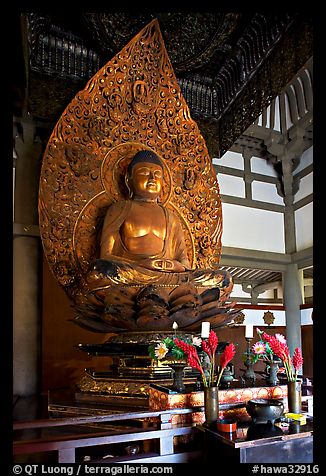 “The origin of the 1000 names attributed to the Great Primordial Mother were composed aeons ago. Her 565th. is Mitra-rupini: “Of the form of friend or sun” and Her 570th. is Maitryadi- vasana-labhya: “Can be obtained through good tendencies like Maitri.”
C. Suryanarayana Murthy informs in the Sri Lalita Sahasranama that Maitri-Mudita-Karuna Upeksanam Sukha-Dukha-Punyapunya means “Friendship with those who are happy without being envious, compassion with those who are suffering, gladness to see the righteous, overlooking or not mindful of the sinful. These four tendencies or Vasanas contribute to clarity of mind. It is only such a mind that can have God vision.”

The Shri Lalita Sahasranama, the timeless Book of Enlightenment was composed by Shri Vagdevata (Goddess of speech) at the express command of Shri Lalita. Both these names mitra and Maitryadi were conferred on the Great Primordial Mother ages before Shri Buddha was born. Surely there is wisdom in this ancient Truth.

Is it possible that Mai Treya, over the centuries of oral tradition, was finally written down as Maitreya to erase all traces of its Hindu origin? Buddhist theologians say that Maitreya was derived from mitra. But this was arrived by apparently adulterating the structure — spelling, pronouncement and consonants — of mitra. How does one substitute mitra for Maitreya?

In the first place, Shri Buddha could have just said the future mitra will come,
forestalling centuries of deceit and delusion. So why did Shri Buddha specifically mention Mai Treya? For some reason it did not matter to Buddhists scholars that the very word mitra or friend is just too mundane for the next incarnation of Shri Buddha.

Perhaps mitra was the only sensible word in the Sanskrit dictionary to transform into Maitreya, and erase all traces of the ‘Hindu’ Mai Treya.
The fact that all early teachings of the Buddha were passed by word of mouth, and not written, only made this very subtle change in pronouncement from Mai Treya to Maitreya all that easy.

For ordinary humans there is a considerable difference between friend and
Mother. One may have thousands of friends but only one mother. For seekers of Truth it will now be the difference between final liberation or endless Samsara. It might not have mattered in the past as Mai Treya was yet to come, but now this precise translation and pronouncement of Maitreya should be of utmost importance.

“All Buddhists, after being provided the facts to this error, will have to decide if Shri Buddha said “Maitreya” or “Mai Treya” 2,500 years ago. The subtlest difference between the pronouncement of Maitreya and it contraction, Mai Treya, is today the difference between samsara and nirvana. It would be spiritual genocide if the mispronunciation of a single word prevent millions of Buddhists from attaining final liberation!”

MEDITATION CAN CHANGE THE BRAIN April 1, 2008