” Also in ancient times, the son of Rama went through Iran. His name was Luv. He went to Caucasus. That’s why the Russians are called as Slavs. You see, his name was Luv – slav – with love.”

If the psychologists are dealing with pathology February 23, 2019 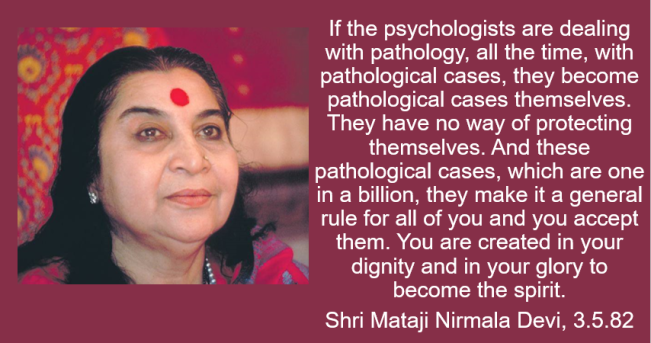 It is proved that Parasympathetic Nervous System /PNS/ restores energy within us. Watch this pictures and you will see that there is movement. Put your attention above your head and you will see how movement is slower or stops. This is how you activate your PNS. If you do Sahaja Yoga you can be in this state all the time. 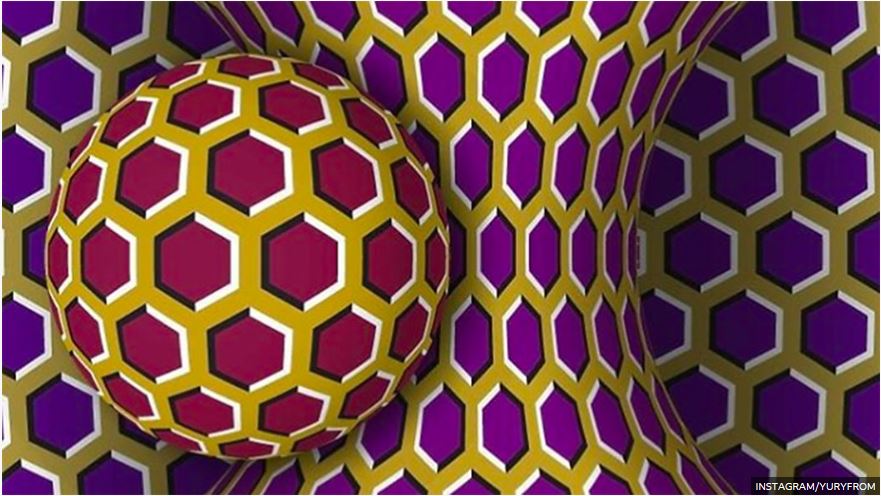 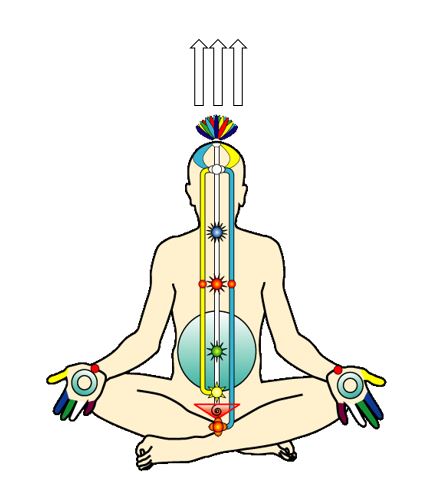 “Now also you should surrender yourself to this idea of forgiveness and really try to forgive. You will be amazed, you will feel very much peaceful, very happy and the person who has tortured you will come round. What we have to do now, is to transform people. That’s our job. We have to transform them.”
(HH Shri Mataji Nirmala Devi, Easter puja , Istanbul, 25/4/99) 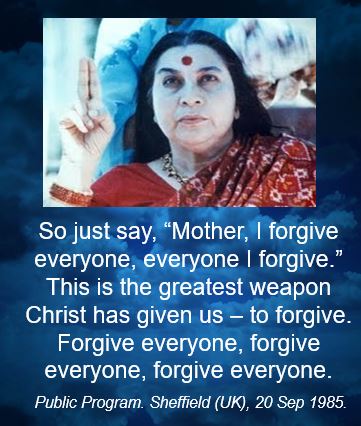 Why children suck their thumbs December 15, 2017

Warren: Many children suck their thumbs now…
Shri Mataji: Ah, that, this thumb (left thumb) they suck because you are catching on the left Swadhisthana.

“But the leader has to come. Somebody has to lead human beings. If you do not get the leader, they do not venture into it. Normally, they venture into all darkness, never onto the right side. This is what is the original sin, which also we should understand. In the Christian mythology they talk of the original sin.
The original sin was committed because of the schema, style the human beings are, that God created human beings like animals, that’s symbolic. Now He gave them freedom. But innocence was there, and He told them: “Keep in innocence. There is no need to destroy your innocence, and try to know something. If you are innocent, obedient and if you remain as you are, you’ll become the Spirit. But in freedom you must live. You must have freedom. Because without freedom, how can you get the supreme freedom? So you have freedom.” He gave them freedom. The animals are not. They are pashu. They are in the pash. Pash means they are in the bondage. They are not free. Human beings are free. If you want you can be a scorpion, you can be a lion, you can be an elephant, you can be anything. So this freedom was given, and was told that: “Don’t eat the fruit of knowledge.”
Now this fruit of knowledge was what? This knowledge is “avidya”, that we know of, like creating atomic bomb. We drifted onto this. There was no need for us to know. And this, when we started knowing, where are we? At the brink of destruction. By knowing how this world is made and what are the things and about the science and all that, we reached the point where we thought we can now use this, and we are using it for our destruction.

But the idea was different. First, it was to be innocent, to become the Spirit and then to know about these things so that you have the wisdom. So the whole thing failed at that point. That’s why it’s the original sin people talk of. That’s the original sin. If we had waited, we had become Spirits and then we had seen to what all knowledge is. You are different. Then you use it for the purpose of the betterment.”

Homosexuality is a possession November 20, 2017

“I had a boy in New York who came to me who was like a boy, he had mustaches and everything, but talking like a woman, you know. I said what’s wrong with your … First I didn’t understand, you know, then they told me, “Mother he is something like that it is that and that.” I said all right.
But actually he was possessed by a woman. He was possessed by a woman. I removed that possession and he said now I look like and feel like a man and he started walking in a different way all together. He changed his gait and everything, and he was walking in a different way. Just imagine it was just a possession of a woman on him! So he was behaving like a woman and he was seeking a company of a man, instead of a woman, which he should seek. That’s the normal thing to do and he became abnormal.”

Then the auspiciousness is in many dimensions starts expressing itself. But to keep that light on, one has to keep the Kundalini over here. Then, what happens? Then we are ruled by our heart’s indication than by our brain. How? Because the heart has the Spirit, which emits vibrations, is not the brain! And you depend on your vibratory awareness after Realisation. The more you depend on your vibratory awareness, the more you use your heart, your Spirit, not your brain. The more you use your brain again you go down because it is taken over now by the Spirit. For example after Realisation when you start thinking about it, I mean people can think of anything I mean I can tell you I’ve had such experiences that they would say why Mataji is wearing a sari like this – even to this extent you see they can go. But if you can just leave your heart to work it out and don’t think because you are in thoughtless awareness after Realisation – if you try to maintain that state – pay attention to your heart and let your Spirit emit itself. So that it clears out completely the confusion of the brain and everything. Then you’ll be amazed that you cannot lose your vibrations. You cannot lose your Realisation.”
“Auspiciousness”, Caxton Hall, London (UK), 21 July 1980

The Sacred Tree of Life – from ‘Communions’ in the Gospel of the Essenes October 6, 2017

“And all the men gathered around Jesus, and their faces shone with the desire to hear the words which would come from his lips.  And he lifted his face to the rising sun, and the radiance of its rays filled his eyes as he spoke: …”

Are the Angels of the Earthly Mother,
And the branches of the tree
Are the angels of the Heavenly Father.
And this is the sacred Tree  of Life
Which stands in the Sea of Eternity.”

From ‘Communions’ in the Gospel of the Essenes, translated from the original Hebrew and Aramaic texts by Edmond Bordeaux Szekely